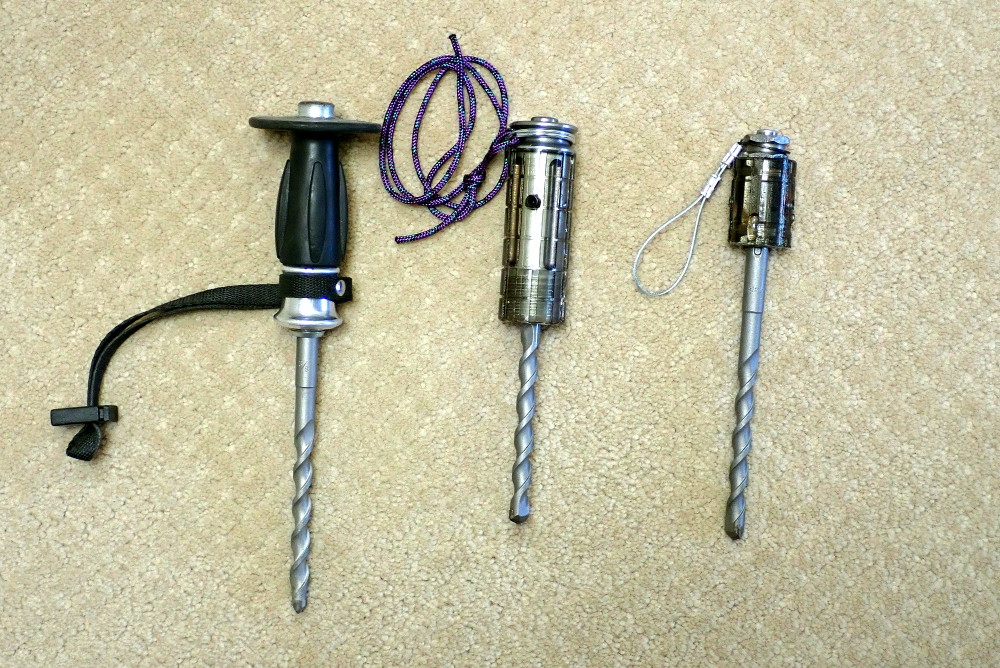 
I have never used a power drill and don't plan to. They have their place but I haven't been there yet. I think really hard, ground up sport routes couldn't be developed without them but any moderate route or route bolted on rappel should be hand drilled in my opinion. That's just what I think and many people think otherwise. If you are in a wilderness area or national park, power drilling is illegal so there are places where a first ascensionist must drill to use bolts. Of course there are those who believe climbers shouldn't use bolts at all. Anyway, I try not to drill more bolts than I need to. If a climb can be reasonably protected without bolts, I won't place bolts.

That said, hand drilling is hard, tiring and often frustrating work. With a poor stance and hard rock, it can easily take a half hour to hand drill and place a bolt. Also, many drill holders are annoying to use and inefficient. Some drill holders have set screws that need to be constantly tightened. Some drill holders require two tools (two wrenches or a hammer and a wrench) to change bits. Some are heavy or large. I've heard that some pinch your hand. I decided to try to make a better drill holder.

The first type of drill holder I developed is what I call the bayonet type. My two main goals were to create a holder that didn't require tools to change the bits and one that was very short so the climber didn't need to lean back quite so much to drill. The bayonet went through several design iterations until I ended up with a holder that has two ball bearings held in place by flat springs to hold the bit in the holder and two set screws to keep the bit from rotating in the holder. There is a hard steel dowel pin used as a striking surface that is much harder than any climbing hammer. The result is good but not perfect. The bayonet is sweet to use, it hides about 2 inches of the bit which is great for the long 6.25"x3/8" bits that are commonly available. The distance between the striking surface and the bit is short which helps transfer the hammer blow efficiently. The down sides are that it has moving parts and although they last a long time, they won't last forever; and since the side springs have to move, I have had to use a soft removable grip secured by a Velcro strap. Although I no longer make them, quite a few people have been using them for quite awhile and everybody seems to like them.

The second type drill holder is called the bombproof because I tried to develop a holder that would last nearly forever. It is made from a high strength 7/8" bolt. Not only is the steel high strength, it is extremely tough which is apparent when I try to machine it. The bit is held in place by two set screws so one tool, an Allen wrench, is required to change bits. The grip is Shore 60A urethane that is cast in place and cannot be removed. It has an extremely hard steel striking surface just like the bayonet holder. The socket is 2.7 inches deep. I know of bombproof holder that have placed hundreds of bolts and are still going strong. I have several bombproof holders available. 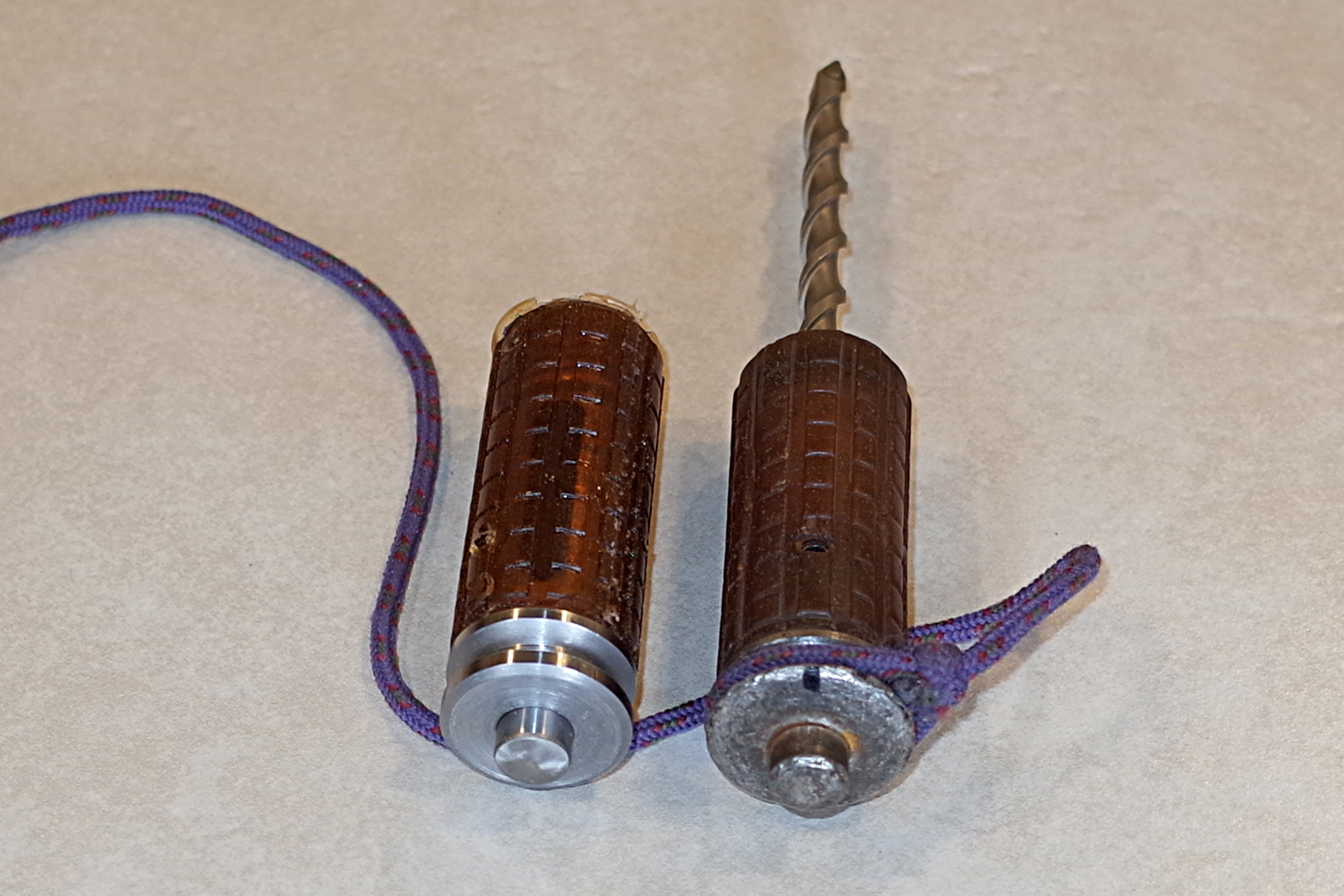 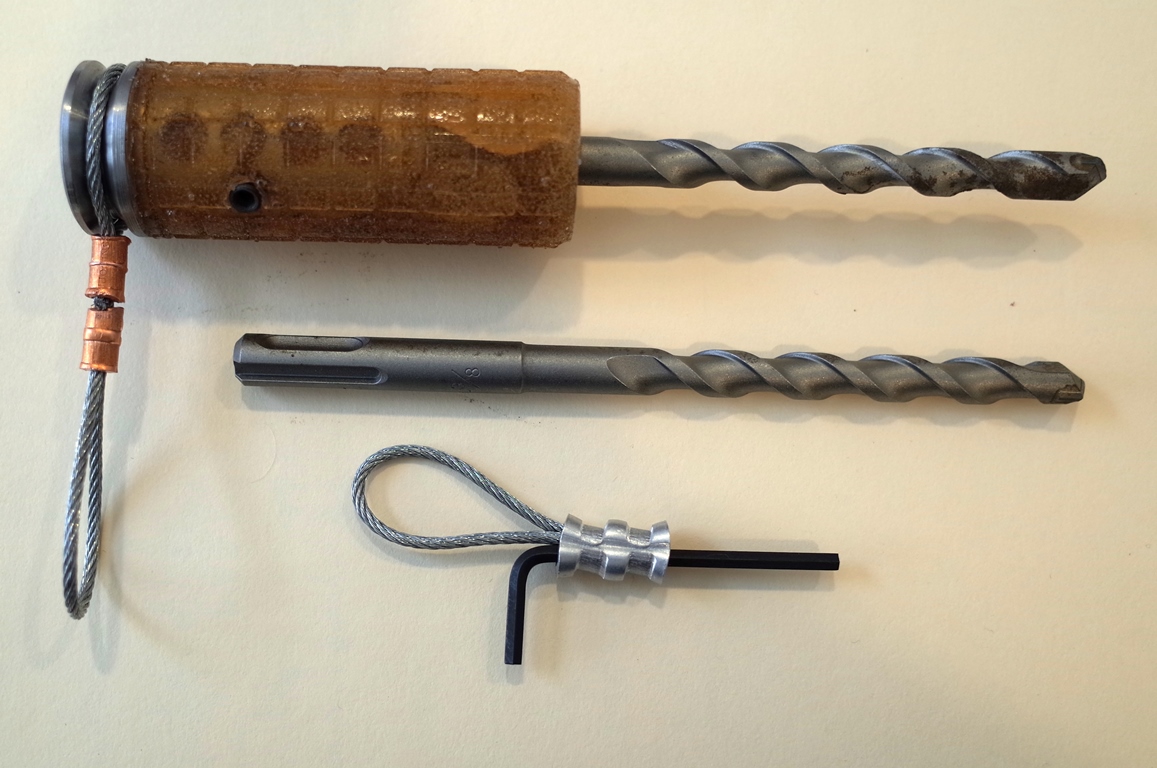 I have also made a few odd types of holders for various applications. I am always ready to try and make whatever it is people need or want. Below is the newest micro version. 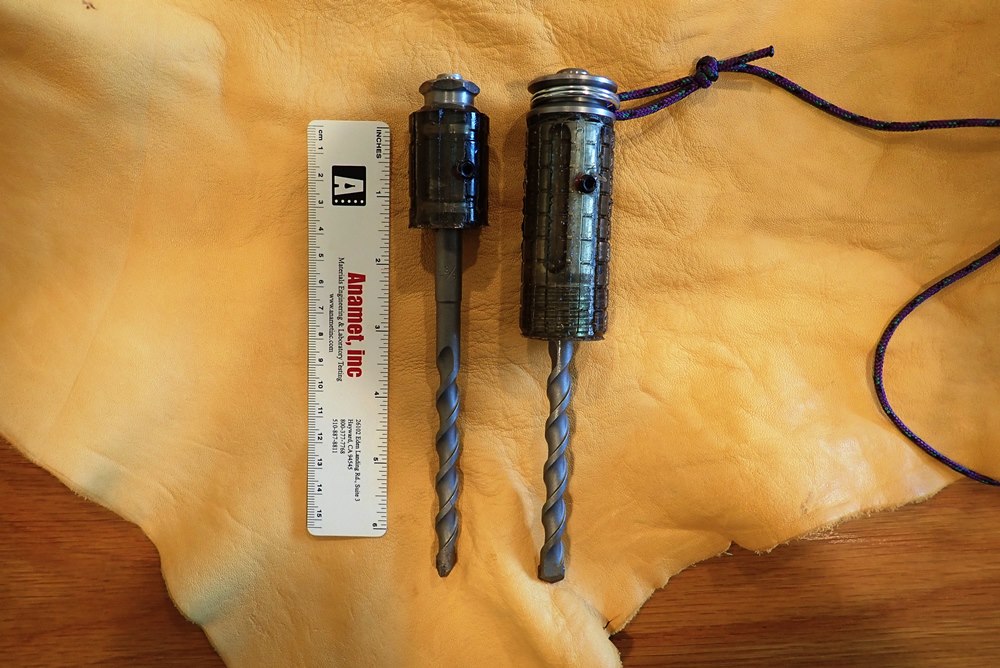 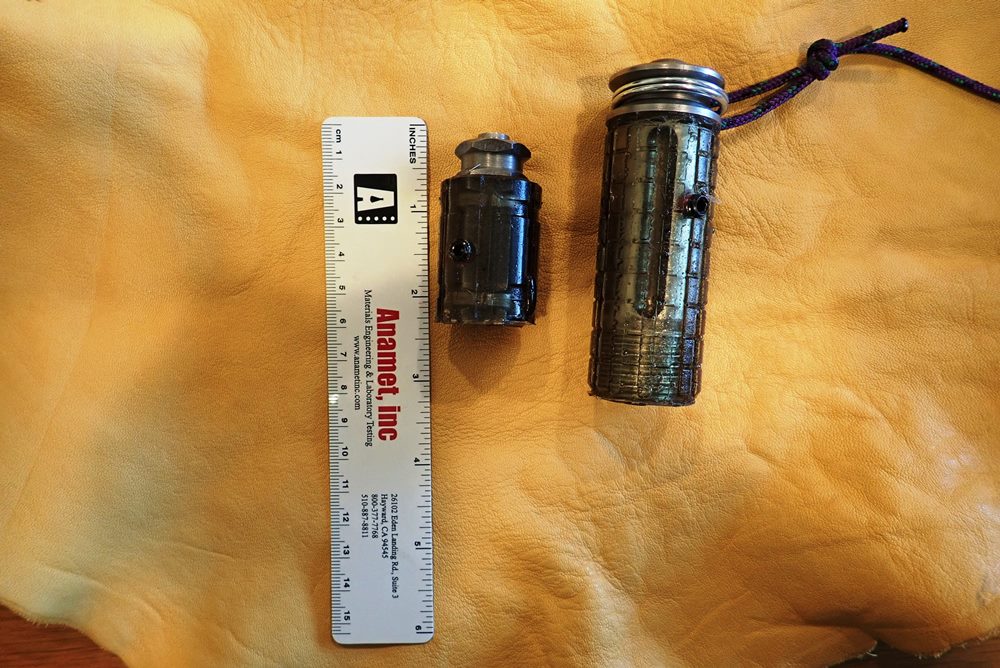 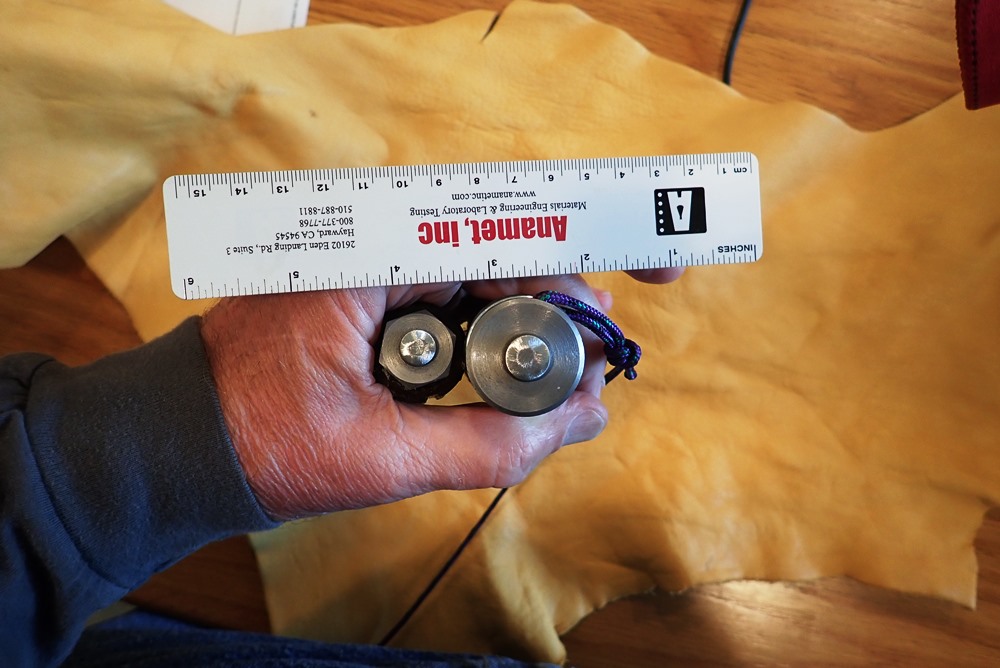